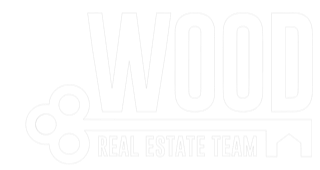 Exciting Developments Coming Near Eastmark in 2022 Exciting Developments Coming Near Eastmark in 2022

The Elliot Tech Corridor has been expanding for the past few years. For those unfamiliar, the Elliot Road Technology Corridor is developing into one of Arizona’s most impressive business areas.  Located on Elliot Road from Sossamon to Signal Butte Roads, the area has become known for its data center clusters. This is great news for Eastmark residents, since this area is only a few miles from the community along its north side, but it is also convenient for others in the Valley with easy access to the Loop 202 and U.S 60 freeways, Mesa/Gateway Airport, and universities like ASU’s Polytechnic Campus and Chandler-Gilbert Community College.

The reason the Tech Corridor has become so successful in this East-Mesa area is partly because of its location near SRP’s 500kV, 230kV, and 69kV transmission lines and the Browning receiving station that supply large amounts of redundant, dedicated power that is perfect for data centers and other buildings like it. There is also good fiber network connectivity in the area, with the E-Streets Conduit Loop stretching 36 miles through East Mesa, which means these business’ networks can run smoothly.

There are several well-known businesses that have either built in this space or are planning to soon. First, the Apple Data and Global Command Center is a 1.3 million square foot command center on Elliot and Signal Butte Roads. Here, employees monitor Apple operations data, which includes data from apps like iMessages, Siri, and iCloud. There are large hallways of servers stored in the unflashy building and it has employed about 150 people since the center opened in 2018.

In mid-2021, Facebook announced that it would build a 960,000 square foot, $800 million dollar data center, which will be Facebook’s first data center in Arizona. Their goal is to create one of the most advanced, energy and water efficient data centers in the world. The data center for Facebook will house the computer systems and components to store, process, and distribute data and applications. This building is currently under construction and the electrical contractor Rosendin is filling many positions including electrical workers, project managers, computer modelers, estimators, and office staff.

Niagara Bottling, a private label bottled water supplier, has a production facility in this area that was built in 2018. Their facility is 450,000 square feet and brought about 50 new jobs to the area. EdgeCore Internet Real Estate is beginning to build a 1.25 million square foot data center campus that will be the company’s first data center. They’re planning on seven data centers in the campus and loved the East-Mesa area for its goal to have spacious room to grow for its tenants. Google has also been building a project in this area since 2019. The Google building will be a 180-acre campus on Elliot and Sossaman Roads. Other companies in the area include Dignity Health, Amazon, Edgecore, RagingWire, and Comarch.

There are also plans for a retail space in the Tech Corridor area called East Gate Plaza. The Plaza will be across from the Facebook facility on Elliott Road and Ellsworth Road and is named after a combination of its neighbors, the Eastmark community and the Gateway Airport. The developer closed escrow on the land in August 2021. Their goal is to be a game-changer for the southwest Mesa area that some people currently refer to as a “restaurant desert” and are hoping to add up to eight unique restaurants, shops, a convenience store/gas station, coffee shops, dessert shops, a nail salon, and dental and medical spaces, to name a few. No specifics have been released yet but they are projecting to open sometime in 2022.

Another exciting project that has just opened this month near Eastmark is the Legacy Sports Park. Located a few miles south of the community at Ellsworth Road and Pecos Road, this 320-acre multi-use sports and entertainment complex officially opened January 7 and is the largest facility of its kind in the country. The complex is creating over 1,000 jobs for the area and will generate hundreds of millions of dollars in economic impact back to the community. The outdoor facilities include 35 soccer, football, and lacrosse fields with high-tech scoreboards, individual speaker systems, and an artificial turf cooling system, 12 beach volleyball courts and a 1,500 seat beach volleyball stadium, 8 baseball and softball fields, a 5,000 seat capacity outdoor stadium, 40 pickleball courts, and a 50-acre special events area (for things like concerts, festivals, and other events). Inside the facility, there are 62 volleyball courts, 16 NBA sized basketball courts, 6 Olympic sized Futsal courts, a 75,000 square foot eSports Arena and arcade area, 50,000 square foot gymnastics, cheer, and dance center, an obstacle course racing park, a youth gym/childcare center, yoga studios, a 25,000 square foot Sports Performance Center and General Fitness Center plus a sports bar and restaurant and food court area. They also have an area called Miller Way, which is the complex’s nod to Freemont Street in Las Vegas, with grab-and-go food options and 2 zip lines going down the middle of the plaza. All of this is expected to attract over 3 million visitors annually.

It should be an exciting new year ahead in the Eastmark area with all these new facilities and more opening or coming soon!

What Are You Doing New Year’s Eve Near Eastmark?

42 of the Top Restaurants 22 Miles or Less from Eastmark